Truly effective training for hypertrophy & aesthetics requires much more than just "going into the gym and working hard".

1. Who have already been training hard for multiple years

2. Have mediocre (at best) genetics

You can achieve the well above-average physique results you want.

But it'll require a well-planned, science-based, and systematic approach to progressing your training.

Today's blog helps you resolve that need, by teaching you the science & application behind the three best training program progression models for hypertrophy & aesthetics.

To implement the progressions in this blog properly, it’s essential that you understand a concept called Reps In Reserve (RIR).

Your reps in reserve gauges how many reps you have in the tank at the end of a set.

This is the tool our online clients use to make sure they're using the appropriate amount of effort (neither too much or too little) to keep progressing across a training career. 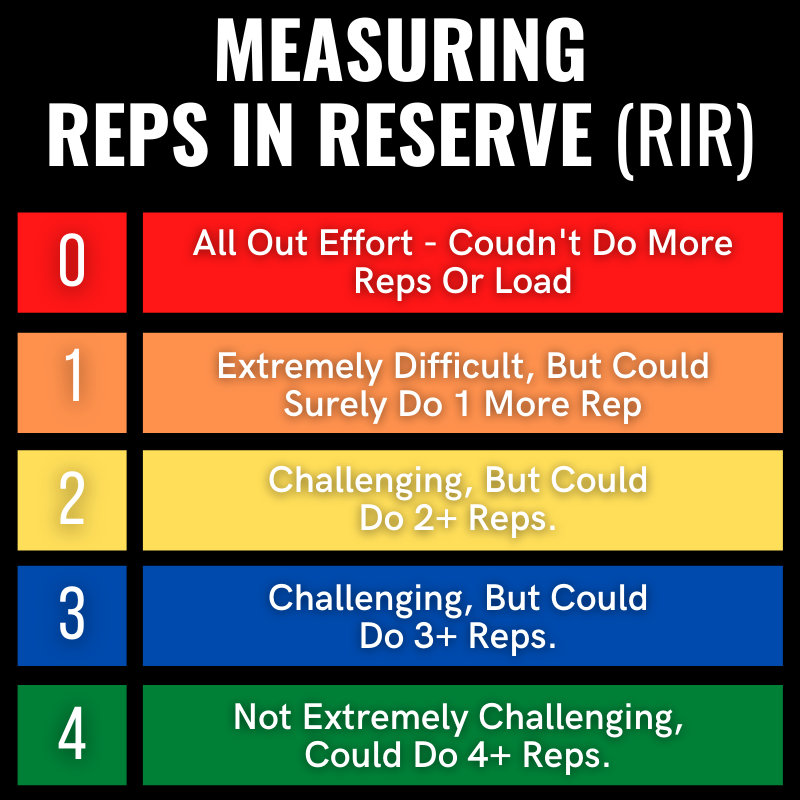 The beauty of using reps in reserve is, it makes your program much more individualized to how you’re feeling on a daily basis.

If you’re low on sleep, under-recovered, or experiencing significant life-stress, an exercise will feel harder.

Rather than grind away at (currently) unsafe weights, reps in reserve naturally regresses and progresses intensity, depending on how you’re feeling.  This helps us autoregulate your training and optimize your results.

To Gauge Reps In Reserve

Ask yourself at the end of a set:

“How many more reps could I have squeezed with solid form if I absolutely had to?”

Your answer is your Reps In Reserve/RIR, or how many reps you feel you had left before failure.

Now that RIR is clear, let's dive into the three training best progression models for hypertrophy (building muscle) and aesthetics.

To my knowledge, credit for this progression model goes to Brian Minor.

As the name states, you're keeping RIR static across a mesocycle.

STEP 1: Prescribe a rep range (aim for higher end of rep range) & RIR target for a movement in Week 1 of a mesocycle. Record reps/loads/RIR.

STEP 2: Going forward, add load to the movement weekly (e.g. +10lbs from last week - this will be very dependent on the client & movement), and aim to hit the same RIR target as last week, while keeping reps open-ended.

In practice, with online clients, this could play out something like...

In a nutshell, this creates a linear progression like we all learned about in the fantastic Muscle & Strength Pyramids books...

...but helps clients avoid the pitfalls of the traditional linear progression model because it's auto-regulated by RIR instead of specific rep targets.

Adding the weekly load increases and RIR targets instead without specific rep targets allows this to be more auto-regulated.

So if you are progressing well (e.g. able to match last weeks reps with an extra 5 lbs), great. If not, you don't have to cut form/overshoot RIR to "keep up".

The downside of this model?

It's very easy to not push yourself hard enough if you're not accurate (or honest) with your RIR.

This is a great progression scheme for online clients chasing both hypertrophy and strength, and works very well for your big compound lifts.

Another model that I first learned about from Brian Minor. So it's no surprise that this progression scheme is similar to model #1:

We're assigning a rep range & RIR target, and looking to progress reps and/or load with said rep range, while maintaining the same level of effort (RIR).

The beauty of this progression model is the way it allows you to auto-regulate your training, and increasing loads/reps as your body adapts to what you've been doing in the past, without being "locked" in a linear progression you can't keep up with.

The biggest downside (as above) is that it's very easy to not push yourself hard enough if you're not accurate (or honest) with your RIR.

To my knowledge, a similar progression style to this was first championed by the folks over at Renaissance Periodization.

Here, you're progressing your (or your client's) RIR target across a mesocycle, usually decreasing weekly.

The reality of being an intermediate or advanced lifter is, we often need progression schemes built into our program to force us to get more uncomfortable, and keep pushing.

One of the primary benefits of this approach is the fact that since you're decreasing your RIR target weekly, in theory you should be able to push to add a rep or increase load slightly (relative to the same set and exercise) vs. what you did last week.

Using this progression model also removes the common fear of...

...because adding a rep or a bit of load every week to follow the RIR progression eventually forces you to reach failure (0-1RIR).

The beauty of this progression scheme is, it ensures you're always pushing for progression. The last few weeks of a mesocycle before a deload will be intense, but the RIR progression allows clients lots of productive time training, without always being so close to failure that fatigue constantly outweighs recovery.

The con with this progression scheme?

It's much too easy to fall into the mindset of always needed to "beat the logbook".

Because in theory, if we're decreasing proximity to failure on a movement by 1RIR from last week, we should be able to add a bit of load or a rep vs. last week.

Thus, it can be very frustrating to the client to see areas where they can't "beat the logbook".

The thing you need to understand to get the most out of this progression scheme:

You won't always be able to beat the logbook, nor do you always need to for progress. You shouldn't be sacrificing form to add a rep/load.

Expecting to be able to add a rep or a bit of load every week to a movement for years is expecting to linearly progress.

If this was the case, we'd all be able to squat 600+ lbs by this point - we just don't see linear progress week to week in the real world.

So understand that you won't see linear progression week-to-week with this model... and that's ok. You don't have to beat the logbook in a training session in order for it to stimulate further growth.

There are many confounding variables outside of just your training that can impact performance (sleep, stress, nutrition, etc.). And the fact that you haven't been able to add load or a rep vs. last week doesn't mean that you didn't make progress in the last week.

As long as you are within your range of needed volume and effort within your training day (and are taking care of the recovery part of things outside of the gym), you're stimulating further muscle building - these muscular adaptations just haven't added up to you being able to do another rep or more load yet.

So in a nutshell, to successfully implement this progression scheme:

1. Be honest with yourself about your RIR targets. Don't go past the prescribed RIR or sacrifice form in order to "beat the logbook" from last week.

2. Understand that you won't progress linearly week to week on every set of every movement.

There is no perfect progression model.

Each of the above has pros & cons, and by no means should you feel like you can only use one of these progression methods.

For example, with an online client, we might use a static RIR linear progression for their first few compound lifts of the day, and then a more aggressive progressive RIR approach for isolation work.

The key here is effectively walking the line between pushing hard enough to keep building the physique you want, without pushing so hard that you can't effectively recover from your training.

So each of these models can work very effectively. But understanding context and your (or your clients) individual needs is key.

Ready to stop guessing with your training & nutrition, and start achieving the physique you've always wanted?

Click here now to apply for online coaching with our team. 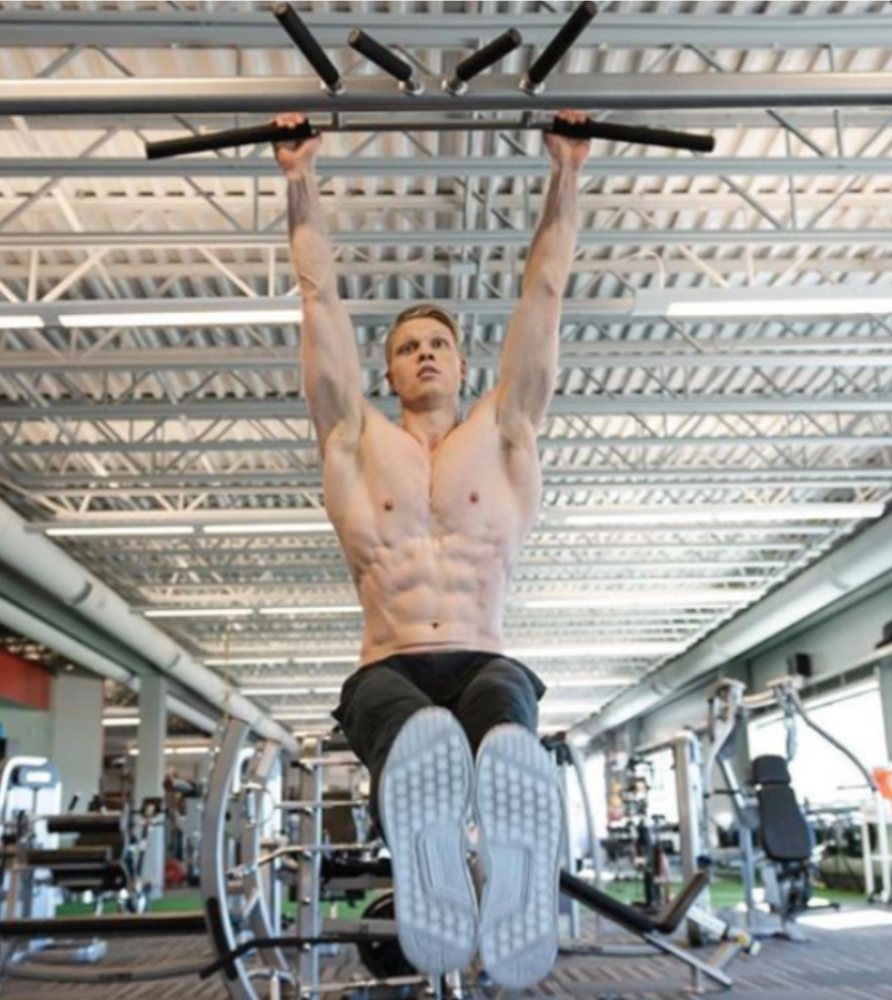 Can’t beginner use this method i.e I am lifting for 8-9 months can I use this progression method also can we implement this on a bro split